One of the countries that I wanted to visit is South Korea. Ever since I became addicted to Korean drama , I became a fan of their country also. No doubt their drama series are the best and the different places feature in kdrama is a must to see.

I know visiting Korean country is not easy because it requires visa especially if you are from the Philippines. I hope one day. Why I wanted to go to this country? I want to experience the different places I have seen in the drama series I already watched. I want to see the palaces in Seoul, museums and simply experience their culture. 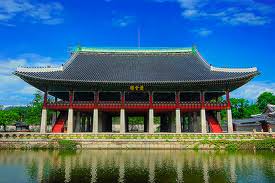 I remember Boys over Flowers starring Lee Min Ho; one of the scenes here happened in Jeju Island (I hope my memory is right). The place is really captivating.

Aside from that I want to experience Korea’s weather especially the winter. Their foods like kimchi, it is a traditional fermented dish made of vegetables with a variety of seasonings and sometimes spicy or sour. I want to experience outdoor market like the one in Busan which has large number of stalls. In Busan, beaches are located in this place and said to be the summer capital of Korea because of their wonderful beaches. Living the life of a monk, the latter featured in some of the Korean series I watched. I want to experience this thing their lifestyle like getting up early for early morning prayers and eating simply vegetable dishes. Lastly, soju is always present in Korean drama, I don’t drink but of course I want to experience this popular liquor of Korea. I think I already mentioned why I love this country. I just wish that one day; I will experience everything I said and see the real beauty of South Korea.

Who doesn’t love korean drama? I have youtube channel that shares korean drama. I was surprised to know that many are hooked in kdrama all over the world based on the visitors checking on my posts. . If my memory is right, it was Autumn in my Heart. I cried a lot on this one. Sadly, Song Hye Kyo died in the said drama but overall I liked the story. From then on, I started to watch Kdrama so its been a decade.

Before in order to watch Kdrama, I had to rent a DVD but this time it is easy to watch korean drama. You can even watch the latest kdrama airing in Korea. I have favorite site that I watch korean drama and the nice thing about this site, i can download it first and watch later during my free time.

Anyway, why I suddenly talk about korean? I watched Its Showtime and heard Anne Curtis mentioned Gong Yoo. If you doesn’t know him, he was the lead actor in the movie “Train to Busan” and also he was from the kdrama “Goblin” last aired January 2017. So, Anne is watching korean drama as well. Even celebrity like her in love with korean drama. Anne Curtis is watching Goblin which I just finished few days ago.  Oh by the way, Vice Ganda was also a fan of korean drama. He is watching Love in the Moonlight,  this one is currently airing on abscbn. I watched Vice Ganda’s celebration of his birthday in GGV and Jin Young one of the casts of Love in the Moonlight greeted Vice Ganda. Wow!

I have to admit that I’m enjoying korean drama than our own series. Sorry to say that but I really love their stories whether it is comedy, drama, fictional or whatever, hahah!. And also the charm and looks of the actors and actresses. I also like the scenery and their foods. I really like them so I hope one day I will have a chance to visit Korea. Saranghae :>

For a long time I haven’t watching korean series. I think the last time was September last year. There was problem with the app I used in watching korean drama. Well, good to know dramacool.com, because of this site I can watch korean drama again. Not just Korean but they offer other Asian series/movies like Chinese, Hong Kong, Japanese and Taiwanese. Dramacool is easy to use and I can watch the series even offline. Unlike the previous site I used I don’t need to download any app. I just need to visit dramacool.com, search for the drama then watch it directly or download the episodes. I prefer to download first all the episodes and watch them later. So even without internet I am able to watch my favorite korean series anywhere I go. Usually, while waiting for my daughter at school, before going to bed and during my free time. Haist, good to learn about dramacool.com, I’m really missing Korean drama. The first korean I have watched in this site was The Thorn Birds, not a new drama (2011) but this one is nice to watch. One woman forsakes her love and family for her ambition while another woman embraces with love all that the former had left behind. Recommended this drama if you are looking for a melodrama and romance. Anyway, after this series, second to the list is Love Story in Harvard. A friend recommended this drama; I already downloaded 3 episodes but haven’t started watching them. I will do it as soon as I have free time. Thanks to dramacool.com recommended website if you are looking for a site to watch Asian series.